PREPARE for a new term in the Australian vernacular when it comes to banking and home loans – ‘mortgage prisoners’.

Our recent blog on the Royal Commission into Banking and its potential impact on every day Australians has been our most popular so far. This is not surprising, with public expectation clearly on banks behaving well with responsible lending whilst still allowing for the flow of credit to remain at a level suitable for sustaining Australia’s growing economy.

However, the latter of these two requirements is in question. It is feared the Royal Commission is not only protecting lenders from the bank’s shady practices, which is welcomed, but also trying to protect lenders from themselves, which is fraught with danger.

A tide of regulation is expected to create a structural shift in the banking industry. New rules have the potential to be onerous and ultimately make the loan application process tighter and more difficult than ever before.

Experts are warning to potentially expect the following regulatory changes:

These changes will potentially strip borrowers of their options and lock them out of the system, not to mention flow-on effects such as increased rents, bankrupt builders and the potential for a recession.

Further to this, these changes have the potential to keep borrowers locked-in to the system with no room to move, effectively making them ‘mortgage prisoners’. Hopes of seeking a better outcome in the short to medium term will be nearly impossible. 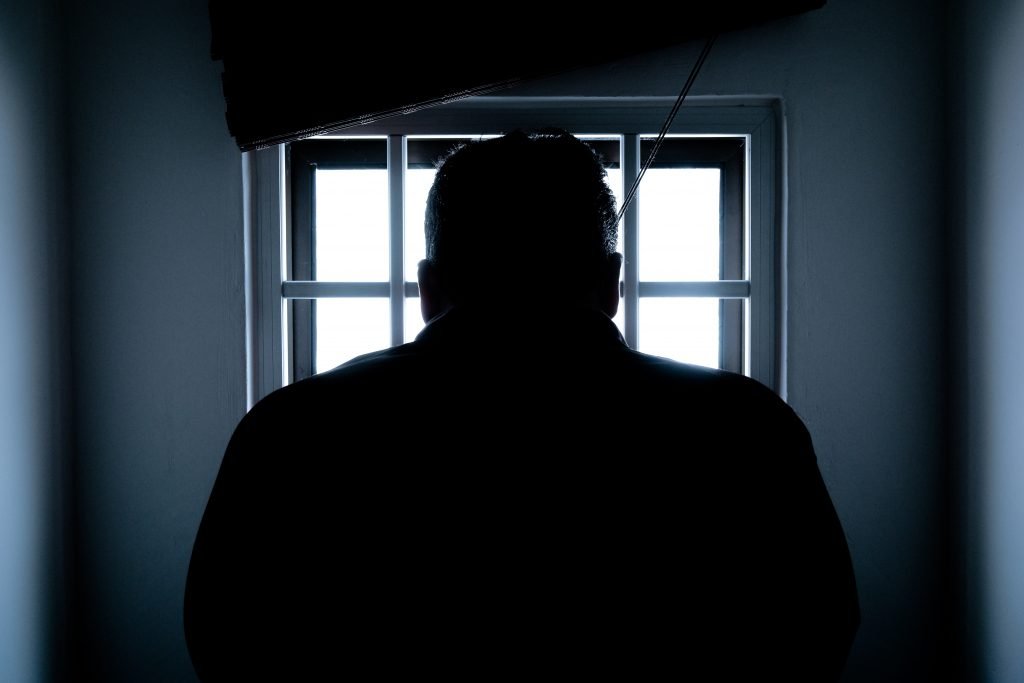 How you could become a mortgage prisoner

In effect, there are two ways to become a mortgage prisoner. The first is negative equity created by a declining real estate market where housing values drop below debt levels. This has been happening to a number of borrowers in Perth since 2012 and very difficult to circumvent.

The second is the one we’re talking about here, whereby self-imposed reductions on the flow of credit due to increased red tape on the loan application process prevents borrowers from refinancing a like-for-like loan with cheaper interest rates.

How other countries have created Mortgage Prisoners.

Expert finance commentator James Mitchell from Mortgage Business has brought the issue of mortgage prisoners to light with a recent opinion piece comparing the Australian market with current scenes in the UK where similar regulations have been imposed.

Thousands of UK mortgage customers have found themselves locked into products as a result of these regulations,” Mitchell said. “Even if they already have a mortgage and are now applying for a cheaper one, tougher conditions around expenses and income are creating a growing number of ‘mortgage prisoners’ unable to refinance.”

It is estimated there are currently 30,000 mortgage prisoners in the UK unable to switch to a cheaper interest rate. Further exacerbating the frustration is the fact these borrowers have kept up with their mortgage repayment commitments.

Factors that could make you a Mortgage Prisoner.

This exact issue isn’t confined to the UK and it’s one we face daily at Ocean Edge Finance where clients have had a lifestyle change, such as a growing family or change of job, and want to refinance their home loan to a better interest rate in order to save money.

Despite being excellent financial citizens and keeping up with their loan repayments over years, they’re unfortunately unable to refinance because their change in income, or extra living expenses due to a growing family, now means they fail to service the loan.

Some of these clients have even added to their savings with post-tax income or increased their available redraw balances. This illustrates perfectly the gap between our client’s reality and an assessment algorithm is increasing daily.

In effect, the measures imposed by the regulators to protect lenders from themselves is becoming counter-productive. Its heartbreaking delivering the news to our clients they are trapped with their current interest rate for the foreseeable future despite their excellent credit history.

How Australian banks can adapt

Whilst the Royal Commission continues to wreak havoc on lending practices in Australia, the UK seems to have some hope on the horizon for their mortgage prisoners.

The regulatory body in the UK is the Financial Conduct Authority (FCA). Back in 2016 the FCA implemented a set of rules known as the Mortgage Credit Directive (MCD). The MCD ensured borrowers were subject to strict affordability checks and scrutiny of their income and expenses, which is exactly the position we currently find ourselves in Australia.

According to Mitchell there is a UK-based website MoneySavingExpert outlining concerns the FCA has no sense of urgency as it grapples with around 30,000 mortgage prisoners given the bad news they can’t afford to refinance to a cheaper rate. And FCA boss, Andrew Bailey, came under fire from MP’s on the Treasury Committee over what action the regulator was taking to assist these trapped customers.

MoneySavingExpert founder, veteran journalist Martin Lewis, is firmly in the corner of mortgage prisoners, fighting to assist them stem the bleeding of inflated mortgage repayments as a result of being trapped in their current mortgage. Lewis’ blog “I’m taking on the EU Mortgage Credit Directive – it’s going to create many mortgage prisoners”  from back in 2015 has proven very popular with readers.

Thankfully, the FCA has finally started listening to criticisms and admitted to the ridiculous situation of fiscally responsible borrowers being locked-in with a lender or product due to over-regulation. According to Mitchell’s opinion piece, the FCA, together with Treasury, has debated whether the rules have been enforced beyond necessity.

“There is such a thing as too much red tape and UK borrowers are feeling it,” Mitchell said.

Mitchell then brought the argument back to Australia.

With more scrutiny of the Australian mortgage market than ever before, one has to consider whether our privileges as citizens and consumers are being taken away in an attempt to regulate the industry.

Let’s hope Australia’s regulators, such as ASIC and APRA, are keeping an eye on the FCA. According to Mitchell, regulators are competitive like the rest of us.

“When the UK banking regulator makes a move, you can bet your bottom dollar that ASIC and APRA know all about it and are getting ideas,” Mitchell said.

For the sake of borrowers and the Australian economy, let’s hope Mitchell is onto something here.

Interestingly, Mitchell’s original opinion piece proved so popular he followed up with another story in The Adviser, highlighting the issues of mortgage prisoners in Australia.

To find out more about mortgage prisoners Ocean Edge Finance is here to help.

Is Now The Right Time to Purchase a Property in Perth?

I was recently invited to present to Mirvac’s WA sales team on the current state of the economy and give a market snapshot. Being real estate salespeople they, like myself
Read More 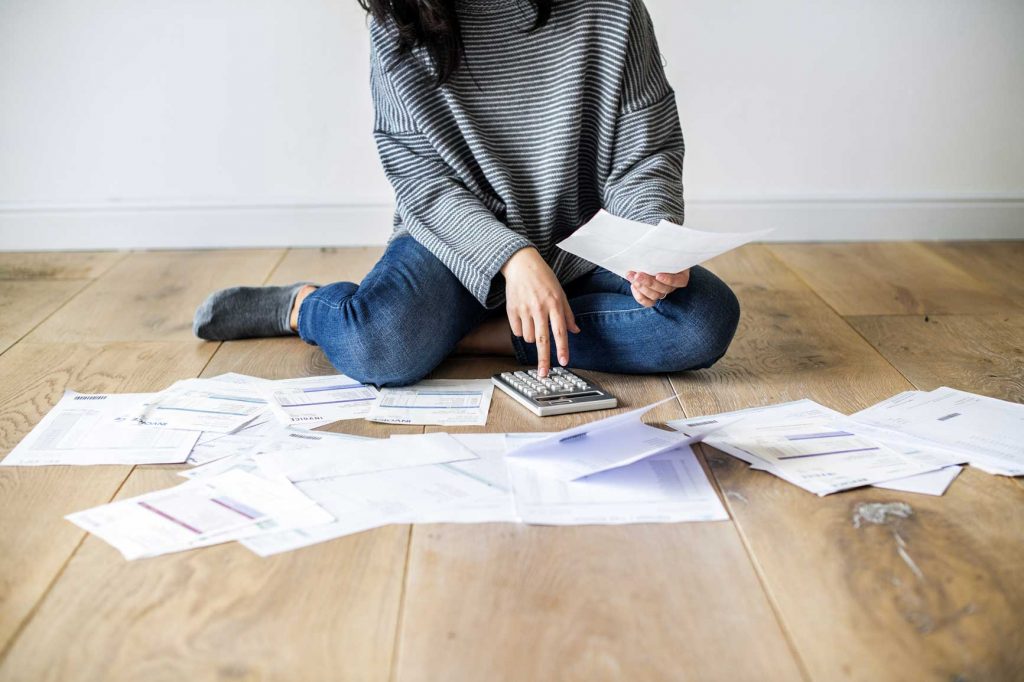 When the Going Gets Tough, Get Back to Basics – The 5 C’s of Credit

There is no doubt the current climate of tightened credit conditions has made applying for a home loan more challenging than ever. However, it’s important not to let the hangover
Read More

Finally, there is a glimmer of hope on the horizon for home loan borrowing. The Australian Prudential Regulation Authority (APRA) announced on Friday 5 July it would authorise the banks
Read More 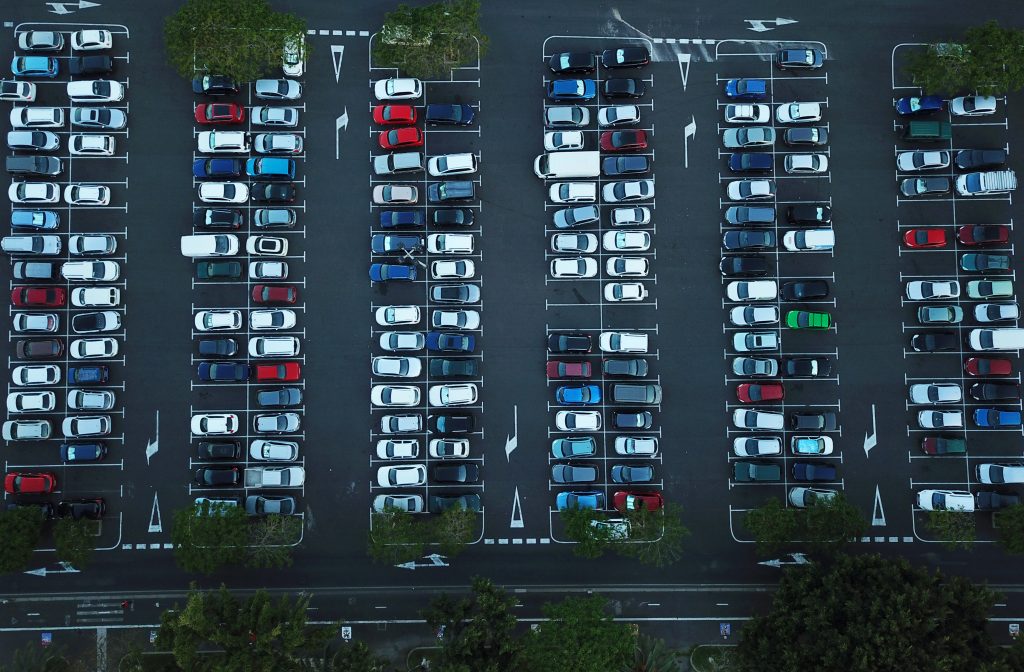 Buying a car is an emotional experience. Financing the car is often an after-thought in the decision-making process. Car dealerships are well aware of commoditising this ’emotion’ factor and evangelise
Read More 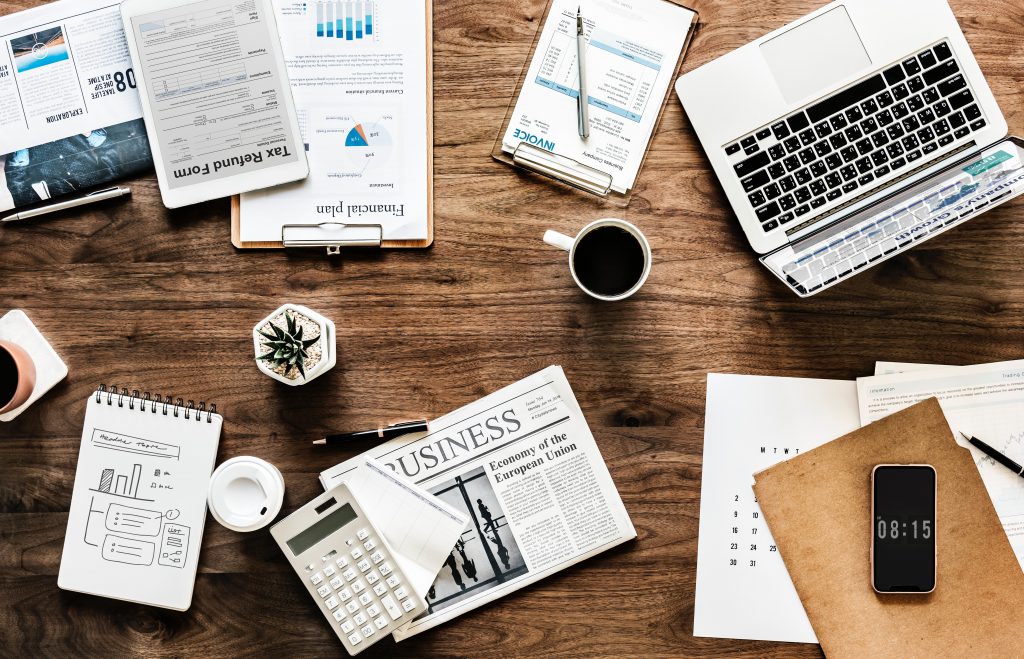 Banking Royal Commission – What it is, and how it’s effecting you 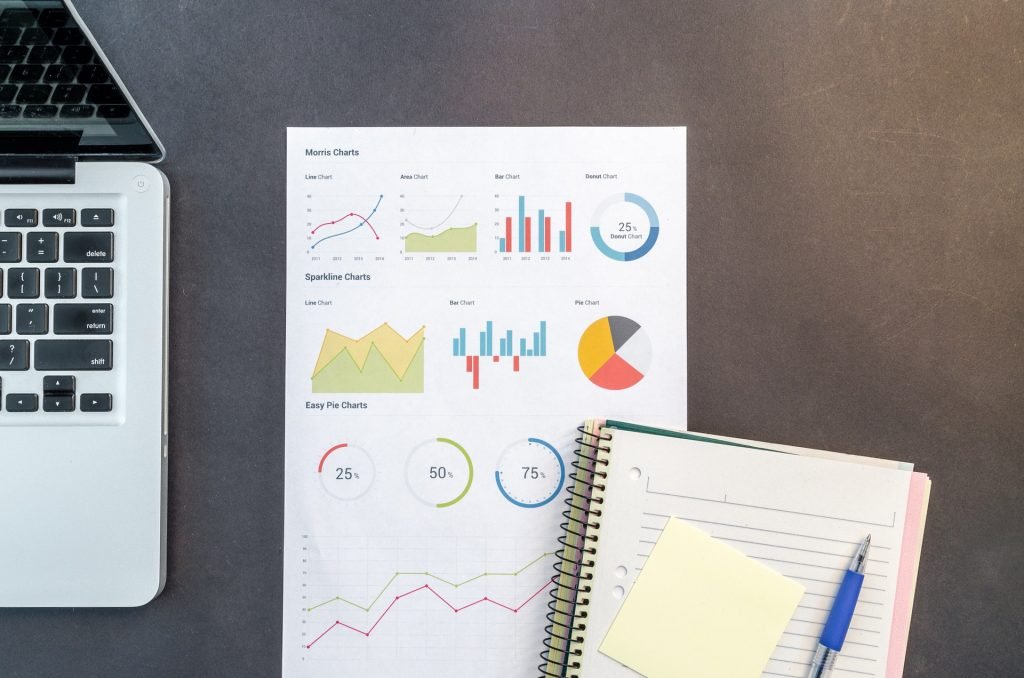 How does refinancing work?

Refinancing your home loan, or at least reassessing your options on a yearly basis, is one of the essential recommendations we make to all our clients at Ocean Edge Finance.
Read More 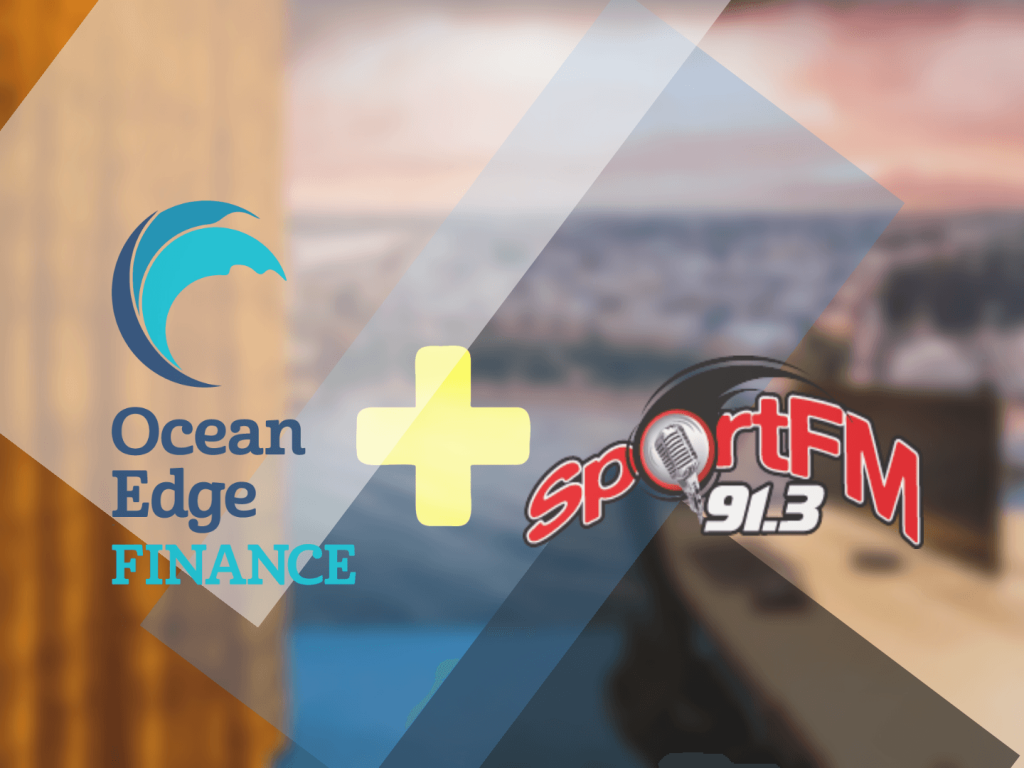 At Ocean Edge Finance we believe that sport at a grassroots level creates and nurtures skills and attitudes that stay with young people for life. That’s why
Read More 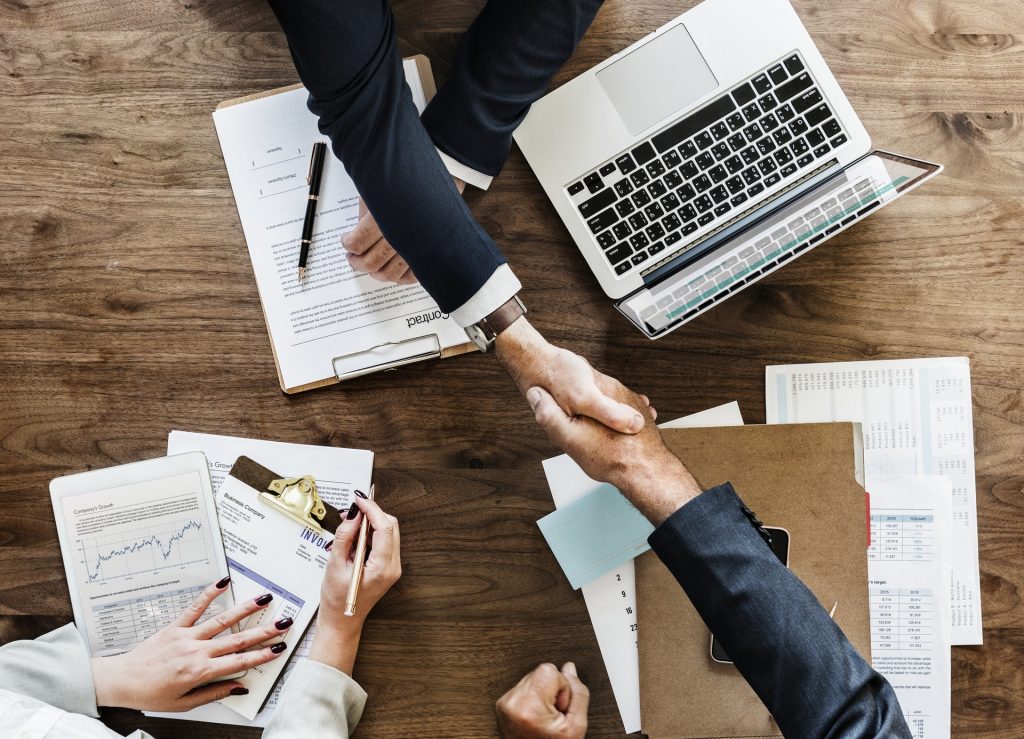 What does conditional approval mean?